The ACT party's David Seymour is "taking nothing for granted" after the first public meeting of candidates for the Epsom seat, which the party must win to ensure its survival. 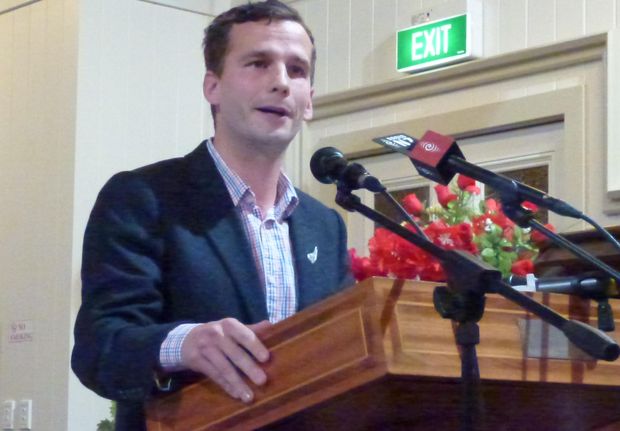 David Seymour said he was taking nothing for granted. Photo: RNZ / Todd Niall

National is urging its supporters to give Mr Seymour their electorate vote in the hopes of getting ACT back into Parliament as a coalition partner. 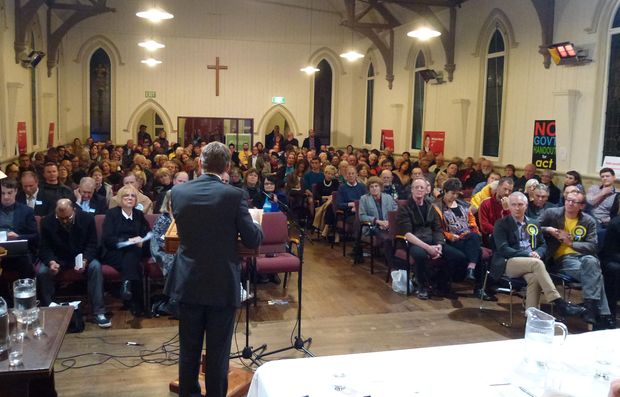 The seat was previously held for ACT by John Banks and Mr Seymour's rivals believe Mr Banks' conviction for filing a false electoral return could dissuade National supporters from tactical voting in favour of ACT.

At the the first of several public meeting of the candidates in Mt Eden on Tuesday night, National's candidate Paul Goldsmith asked for their party votes only, but did not endorse Mr Seymour.

He said he himself would not be voting tactically. "I voted for myself last time and this time I think that's just a natural thing to do. But our message is clear, that we're encouraging our supporters to give the electorate vote to the ACT candidate."

Mr Seymour would not be drawn on whether Mr Banks' political demise had made his task harder, saying only the conviction might be an issue for some people considering whether to vote strategically.

Labour Party candidate Michael Wood attacked the National-ACT arrangement saying it was about propping up a discredited party, while the Greens' Julie Anne Genter pointed to the demise of John Banks and the party's low polling.

The Conservative's Christine Rankin was hoping to upset the traditional centre-right arrangement between National and ACT. "When it comes to voting strategically you have not had choice, and that is one of the things I bring to this contest," she told the 200-strong crowd.

Several members of the audience said they sensed the mood in Epsom had changed, and that fewer National supporters might back the ACT candidate, even though National Party leader John Key has advised them to.