Labour's Rangitata candidate Steven Gibson is on his last warning after referring to John Key as Shylock in a social media post, the party's leader David Cunliffe says.

Mr Gibson was commenting on a Facebook post which had a photo of the cup of tea deal between the then Epsom candidate for ACT John Banks and National Party leader John Key in Auckland in 2011. 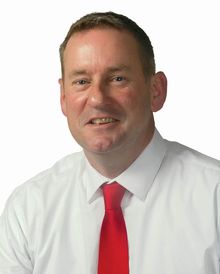 The candidate, who is of Jewish descent himself, has apologised and said on Monday he didn't actually understand what the term Shylock referred to, and was repeating what a constituent had said about Mr Key in the context of a bad deal.

"I was only repeating what a constituent had said to me. And it's only now that I realise the connotations of it. To me it was like a Shakesperian reference. I'm sorry people have been offended and I'll take the post down - that's all I can do."

Shylock is a Jewish character out of Shakespeare's Merchant of Venice and invokes anti-Semitic connotations. The post has since been deleted.

David Cunliffe told Radio New Zealand's Morning Report programme the comment showed "terribly poor judgement", though he believed Mr Gibson when he said the comment was not intended to be a racial slur.

"He understands that it's utterly unacceptable, that we are committed to running a positive campaign," Mr Cunliffe told the programme.

"I've said to him he's on his last warning. If there's any repetition of this, then that would be a matter for our party council to deal with."