Race Relations Commissioner Dame Susan Devoy says it is disappointing and shameful that politicians are making fun of an entire race of people in this day and age. 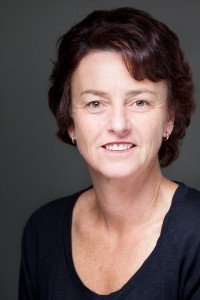 In a reference to National and Labour's handling of foreign land sales, New Zealand First leader Winston Peters told supporters at the party's campaign launch in Auckland on Sunday that "as they say in Beijing, two wongs don't make a wight."

Asked to explain the comment, Mr Peters said it was not racist and told reporters they needed a sense of humour. "I know that in Beijing they think it's funny and so do I," he said. "I thought you might pick up the nuance of it quicker."

But Dame Susan said on Monday that Mr Peters' outdated rhetoric belonged in the past and he needed to know he isn't funny.

"Extraordinarily offensive. We've moved a long way as a country and we need to ask ourselves are these things appropriate or inappropriate, and are they appropriate coming from a political leader. These are the sort of jokes you used to hear in the schoolyard, and I think Chinese New Zealanders deserve better."

Dame Susan urged all political parties to refrain from playing the race card in their election campaigning.

Before Dame Susan made her comments on Monday, ACT leader Jamie Whyte had criticised her for what he said was her silence on a racist joke which was shameful and made no sense.

Dr Whyte contrasted this with her criticism in July of his own comments comparing Maori to French aristocrats as grotesque and inflammatory. He said his party would scrap the role of Race Relations Commissioner altogether.

"It's very disappointing. I know it hurts the feelings of a lot of New Zealanders who feel that they're being singled out because of their race. But I also know that you don't expect much more particularly from Mr Peters." 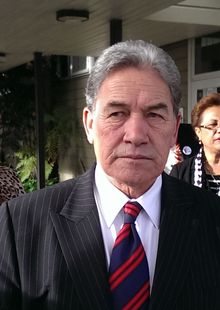 Winston Peters is standing by his use of the joke and told Radio New Zealand's Morning Report programme on Monday that it was not race-based.

"I think it's an appropriate thing for a political leader to repeat when a Chinese man said it to him in Beijing - and what we don't need is juvenile PC people deciding what's right and what's wrong."

The former president of the New Zealand Chinese Association says the Chinese community in New Zealand is probably less bothered by Mr Peters' use of an Asian joke, and more concerned about his lack of respect towards those with cultural and business links to the country's main trading partner.

Steven Young told Radio New Zealand's Morning Report programme the joke is a puerile, unoriginal, and one that has been tossed about the schoolyard by children since the 1960s, and should not have been said.

Mr Peters told the 300 people at the launch on Sunday that foreign ownership of land would be a key part of New Zealand First's election campaign.

He said since the National-led Government came into power in 2008, more than 1 million hectares of New Zealand land had passed into foreign control.