The Labour Party rolled out three election policies on Wednesday - from health, to water to the state sector.

It is promising to put $60 million of extra funding into primary health care, and hold a Royal Commission into public sector services. 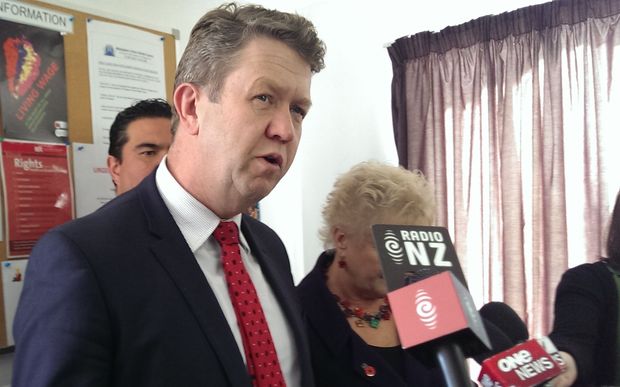 The Very Low Cost Access scheme, already in place, is for general practices that operate in high need areas where people may struggle to afford doctors' fees. Labour leader David Cunliffe said the extra funding will mean about two million people would be able to access it.

"Half a million Kiwis couldn't afford to go to the doctor when they needed to. When it comes to the management of the health system, their approach has been like the ambulance at the bottom of the cliff - reactive."

Mr Cunliffe said Labour will also relax the current funding formula to make it easier for practices to be part of the scheme, while existing practices will be able to cut fees further or enhance services.

Labour also announced it would hold a Royal Commission into the state sector to ensure it can deliver the quality services New Zealanders expect.

Ms Street said the National Government has gutted the state sector with its so-called cap on the number of public sector employees and an inquiry is needed to restore the service's integrity.

"We think there is some rot in the state sector at the moment, which comes from the top. All of that is led by ministers, in our view, and it has led to officials being afraid to give free and frank advice, people fearing for their careers if they speak up and say what they really think."

Ms Street has also reiterated Labour's intention to pay all public servants a Living Wage, with the right to join a union and bargain collectively.

Labour has carried over its policy charging farmers and others for any large water takes for irrigation and is promising to have all rivers and lakes clean enough to swim in, fish, and gather food from, within a generation.

The party would introduce a national policy statement, setting fresh water quality standards to be met by specific deadlines.

Labour would charge a resource rental on large water takes for irrigation to encourage the most efficient use of that water. It says the price would be fair and affordable, and interested parties would be consulted on the manner and level of charging.

The revenue raised would pay for new sustainable irrigation schemes, safe rural drinking supplies and the restoration of waterways, it says.