The party made the announcement in Auckland on Tuesday.

Under the policy, all tertiary students and apprentices would be issued with a Student Green Card allowing them to free public transport between 9am and 3pm, and from 6.30pm until the end of service on weekdays. It would also cover all weekends and public holidays.

Green Party co-leader Russel Norman said the policy would cost between $20 million and $30 million a year.

"Students are suffering significant hardship under this Government and we think it's important to put in place measures to relieve some of that hardship. Free off-peak travel is certainly one of those measures, and so it will be, I think, attractive to the student and apprentice vote."

Dr Norman said the policy would be funded by re-prioritising spending from the National Land Transport Fund.

But Prime Minister John Key said on Tuesday the Greens are again writing cheques that they can't afford to cash.

"They're just going to go out there because their poll ratings are starting to slide and promise people the Earth. Most New Zealanders have to ask themselves the obvious question - not what are these small political parties promising me, but who's gonna pay for it?" 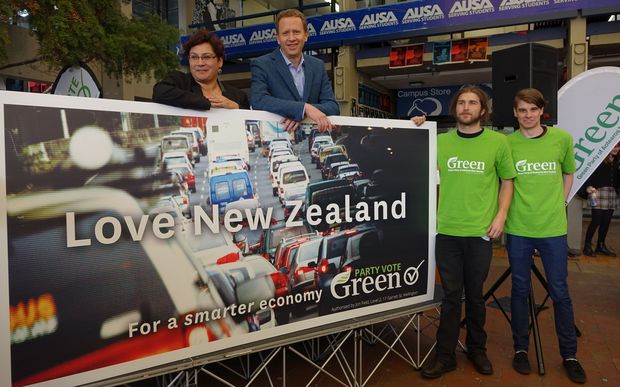