The Labour Party is accusing the Prime Minister of treating New Zealanders with contempt by confirming electorate deals in Epsom and Ohariu. 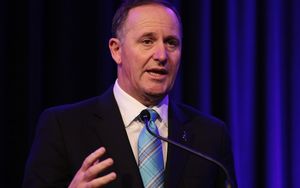 John Key is asking National Party supporters to back ACT's David Seymour in Epsom and United Future leader Peter Dunne in Ohariu, but said National will not accommodate the Conservative Party in East Coast Bays.

Mr Key said National was just trying to be clear about who it can work with, to give its supporters a choice to vote tactically.

Mr Cunliffe told Radio New Zealand's Morning Report programme people should be able to back the party of their choice and have confidence their vote will help form a Government.

He said Labour would not not encourage people to vote tactically in any electorate.

"Here's a government that thinks its not up to the public of New Zealand to decide, it's up to them to decide who gets to sit in Epsom or Ohariu. That's the kind of creeping arrogance that New Zealanders don't like."

Mr Dunne said Labour's comments on the electoral deals contained a degree of hypocrisy, because the party had given various nods to its allies in the past.

He said he was hopeful support from National for his seat in Ohariu would also boost United Future's party vote.

Mr Key told reporters on Monday that National would consider working with Conservative Party leader Colin Craig and his party if they are elected to Parliament on 20 September.

He reiterated National's willingness to discuss a support arrangement with New Zealand First if that party is returned to Parliament.