Former Labour MP, Georgina Beyer, has confirmed she will stand for the Mana Party in the Te Tai Tonga electorate in this year's election. 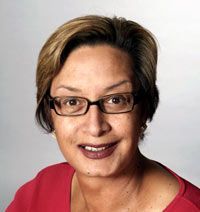 Ms Beyer was the world's first transsexual member of parliament, after earlier serving as the mayor of the Wairarapa town of Carterton.

Georgina Beyer said standing for Mana was her way of making amends to Maori after being forced to vote for the Foreshore and Seadbed Act.

During her time in Parliament, she was instrumental in pushing legislation to decriminalise prostitution and legalise civil unions.

She was diagnosed with chronic kidney failure last year but said her health was now steady and she was ready for a hectic election campaign.

Georgina Beyer made headlines around the world as the world's first transsexual Mayor.

During a troubled childhood, George Beyer was raised for a time by his grandparents.

He began dressing in female clothing from a young age, and after leaving school moved into the transsexual scene in Wellington.

After working as a stripper and prostitute, Georgina embarked on an acting career.

She appeared as both a man and a woman in the TV soap Close to Home, and was nominated for a Gofta award for a role in the TV play Jewel's Darl in 1987.

In the late 80s, she moved to Wairarapa to escape what she called the tedium of her glitzy-glam city life as a drag-show star.

Elected to Carterton District Council in 1993, she was named the following year as one of New Zealand's 5 best-dressed women.

In 1995, she won a landslide victory in the Carterton mayoral election and was re-elected in 1998.

Nominated by Labour as its candidate in Wairarapa for the 1999 election, she won with the biggest swing in New Zealand that year and took her place as a backbencher in the Labour-Alliance coalition government.

During her time in Parliament, she was instrumental in pushing legislation to decriminalise prostitution and legalise civil unions. She retired from Parliament in 2007.