The man responsible for New Zealand's aviation security has kept his job despite breaching security at Christchurch airport.

Gerry Brownlee offered to resign as Transport Minister - but only after aviation security officials contacted him to ask about the incident on Thursday morning. 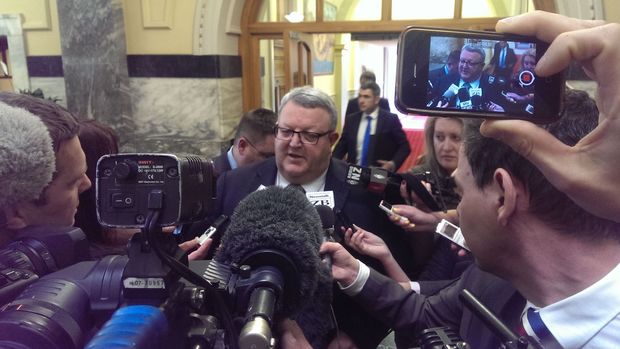 Mr Brownlee says he was running late for a flight and asked an airport staff member to let him and two staffers through a short-cut, thus avoiding security checks at the airport. They went through an exit door rather than through security - a breach of airport and airline rules.

The minister told reporters an airport staff member let them through and he did not put any pressure on that person to do so.

"We knocked on the door and I said to the guy, 'Look, we're in a terrible hurry, can we get through here?' He said okay. In reality, I should never have done that. It's not that guy's fault - I'm the one to blame here."

He said he offered his resignation as minister because he had put that staff member - as well as Christchurch airport - in a difficult position, and he is the minister responsible for aviation safety.

Mr Brownlee said running late for a plane is no excuse for bypassing a security check, and he unreservedly apologises to those compromised by his actions.

Mr Brownlee said he only became aware of the seriousness of the matter when later contacted by Aviation Security and, as Transport Minister, should have had a better understanding of the rules.

Prime Minister John Key said he has told Mr Brownlee he's disappointed by what he did, but won't accept his resignation. He said he's confident the mistake won't be repeated.