Labour leader David Cunliffe has told his caucus he regrets taking a holiday during the party's poor showing in the polls.

Fronting up to caucus on Tuesday afternoon, Mr Cunliffe defended his decision to take three days off work last week to go skiing in Queenstown - nine weeks before the general election and with his party languishing in the polls. 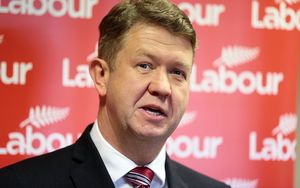 Mr Cunliffe admits he could have done things differently, including his holiday.

The leader said he has talked to some MPs to remind them to stick to Labour's core election messages.

List MP Kelvin Davis has been quoted as supporting the Government's Puhoi to Wellsford extension, contrary to party policy, while senior MP Trevor Mallard caused some controversy at the start of July with his musings about resurrecting the moa as a tourist attraction for Wainuiomata.

Mr Cunliffe said the whole caucus has to focus on Labour's key policies of education, children and housing.

He admits that he also went off message when he apologised for being a man during a speech about domestic abuse, which did not play well with some voters.

"And some people, particularly males, misheard that as saying I was somehow implicating all men in sexual violence - no way was I intending to do that, nor did I."

Mr Cunliffe says the party's poor showing in the polls is disappointing, but as leader he takes some responsibility.

Labour will launch its campaign on 10 August in Auckland.