Closing down prisons, abolishing GST and re-introducing inheritance tax are being used to attract voters at music-filled rallies for the Internet-Mana alliance.

The party's roadshow hit Auckland at the weekend, where major funder Kim Dotcom used the platform to placate any concerns about his previous convictions and his current court case.

It was standing room only as a diverse, 300-strong crowd packed out the Kelston Community Centre in Sunnyvale to hear what Internet-Mana is offering.

There were promises of basketball, breakdancing and graffiti-writing events to gather support from the youth vote, and Mr Dotcom, explained what he got up to as a young man.

Mr Dotcom also used the occasion to tell the audience all he said they needed to know about why he was facing extradition to the United States - although he failed to mention any copyright issues.

"You all probably have the USB hard drive. Megaupload, which was my website, was just like that, a hard drive, connected to the entire internet, that everyone could use, so when you make 50 million people happy, and they come to your site and use you every day, apparently that is a crime worth punishment of 88 years (jail)."

But the rally's biggest cheers were reserved for policies.

Internet Party leader Laila Harre said it would stop the controversial Trans-Pacific Partnership trade agreement, give students free tertiary education and instigate a royal commission on any spying on New Zealand residents by the Government Communications and Security Bureau (GCSB). 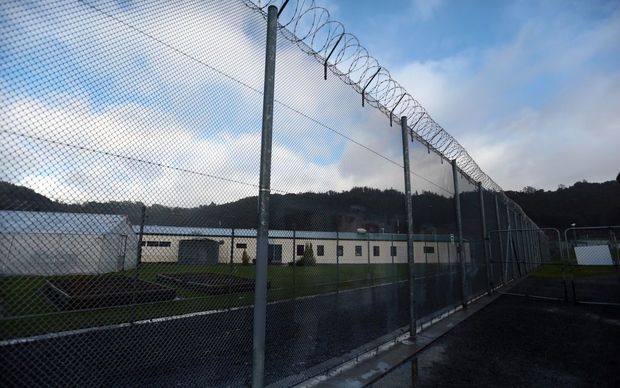 Mana Party Waiariki candidate Annette Sykes said it would close prisons, while co-vice president John Minto promised to abolish GST but introduce a tax on financial speculation, and bring back the inheritance tax ditched by National.

"They want the rich in Remuera and Parnell to begin these family dynasties," Mr Minto said.

"Well we're not into building family dynasties, we're going to introduce an inheritance tax which will come in after the first $500,000 of an estate, and that will bring an enormous amount of unearned money in to benefit the entire community, not just a tiny number of people and their descendants."

"It's really difficult out there. There's no jobs and it's really hard to get into education as well," she said.

The Internet-Mana roadshow will continue south next week from 29 July, before Mr Dotcom's promised revelations about Prime Minister John Key and the GCSB in September.