The head of the Department of Conservation denies the organisation is struggling to cope with a major restructure, despite a critical performance review by the State Services Commission.

The review says changes, completed in late 2013, are taking too long to bed in and are a huge disruption to staff.

About 140 jobs were lost when DOC merged its 11 regional conservancies into six.

The State Services Commission says has been a major disruption for staff, and a potentially serious disconnect urgently needed to be addressed.

The review says individual deputy directors-general were often seen as leading their own areas, as opposed to leading across the organisation, and new functional silos could wind up taking the place of the regional silos the restructure was designed to stamp out.

DOC director-general Lou Sanson admits the changes have been massive, but said on Thursday that everything is on track.

"It's a change that, to bed in totally, could take up to three years to get all the systems aligned to the new structure because the change is so profound. Culture shift in any organisation - we're taking it from DOC knows best to engaging with others to grow conservation (and) conservation is everyone's business - there is an awful lot of work to get to that new stage."

Mr Sanson said there is no serious disconnect within the organisation.

Meanwhile, a performance review of the Treasury found it was heading in the right direction but improvements were needed in engaging with key stakeholders. 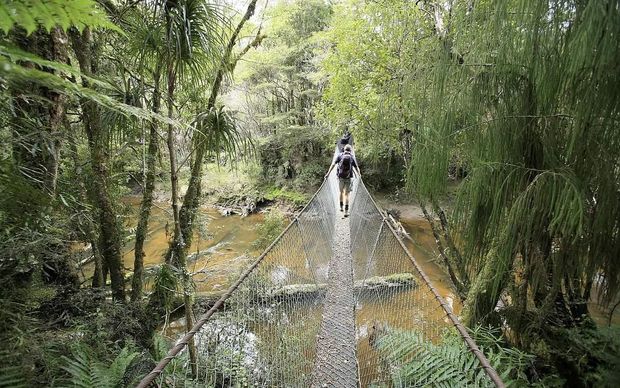 A DOC wire bridge on a track through bush in East Taranaki. Photo: PHOTO NZ