The Prime Minister's warned National Party delegates that voters who stay at home because they believe National will be re-elected, could cause an election defeat. 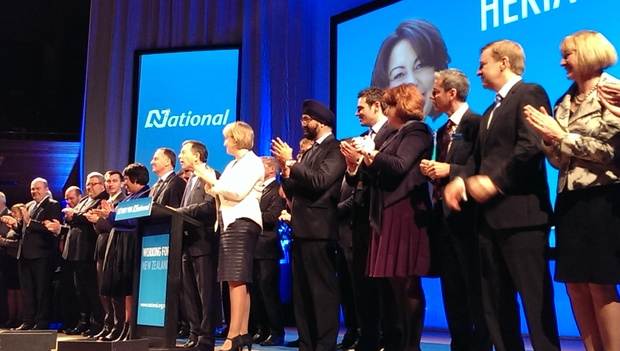 The party's holding its annual conference in Wellington this weekend, as it prepares for the September election.

John Key told delegates that despite National's high polling, support only counted if it was registered at the ballot box.

He said members shouldn't take it for granted that it was only left leaning voters who didn't turn out to vote, using the last election as an example.

"In the ten safe National seats where many people obviously thought it was a foregone conclusion, turnout fell by more than six percentage points compared to 2008 - and if that happens again we could easily find ourselves on the opposition benches." 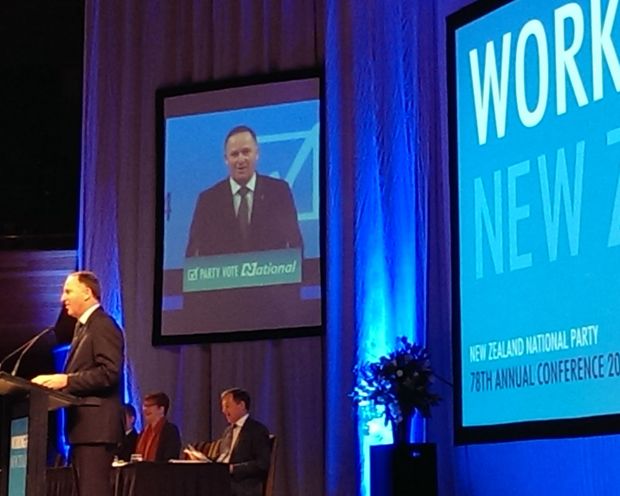 Many of the speeches talked up the risks of a potential Labour-led government.

Including from the campaign chairperson and government minister, Steven Joyce who said the party was aiming to get 48 percent of the party vote in the September election.

In 2011 National got just over 47 percent, but Mr Joyce said too many of its supporters did not vote.

Mr Joyce said Labour keeps talking about the missing one million voters at the last election but not all of them were Labour voters.

The conference also farewelled several of the party's current MPs who will retire at the election, including senior minister, Tony Ryall. 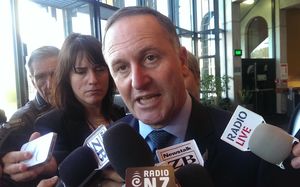 John Key said he would announce whether or not the National Party will do a deal with the Conservatives in the next few weeks.

Under any deal, National would have to tell its supporters to vote for Mr Craig as the electorate MP, to ensure the Conservatives secured a place in Parliament.

Mr Key said it was possible that people who might think Colin Craig and his views were flaky, would still vote for him, if it meant keeping a National government in place.