Conservation Minister Nick Smith says legislation being rushed through Parliament will only allow storm-damaged trees to be harvested on conservation land.

Parliament has gone into urgency to debate changes to the Conservation Act to allow the harvesting of some of the tens of thousands of native trees felled by a storm in April on the West Coast. 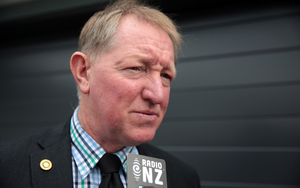 Environmental group Forest and Bird says the urgency is a smokescreen to allow loggers access to rimu forest on the West Coast.

Advocacy manager Kevin Hackwell said on Thursday the urgency is a cover to allow loggers to get access to the rimu forest on the West Coast.

"We're saying it's a smokescreen. The urgency issue is basically a way of getting what is really controversial legislation through, and getting it done and dusted with a minimum of public scrutiny - that's what they're wanting. And there should be public scrutiny."

Mr Hackwell said the law changes will end a 27-year period in which loggers' chainsaws have not been heard on conservation land.

But Conservation Minister Nick Smith said he is confident only trees that were damaged in the storm will be recovered under the law changes.

Dr Smith said the legislation includes environmental provisions and would be repealed after five years, so there is only a small window of opportunity to recover the wood.

"The letter of the law in the legislation is that only trees that have been killed by Cyclone Ita will be able to be recovered, I'm quite confident of that. Also quite confident that they will have good environmental checks to ensure that minimal damage is done in recovering that wood."

Meanwhile, two Labour MPs said the would vote against their party in support of the bill.

Mr O'Connor said the timber should be utilised, not left to rot.

Labour leader David Cunliffe said the MPs have his support and that of the caucus. Labour is voting against the bill because it says there is no need for urgency.