Prime Minister John Key says New Zealand's closer relations with the United States are unlikely to hinder the country's bid for a non-permanent seat on the United Nations' Security Council.

Mr Key was in New York lobbying for New Zealand's bid for a seat in 2015/16 and arrived in Washington DC on Wednesday (local time) for a series of meetings including with President Barack Obama. 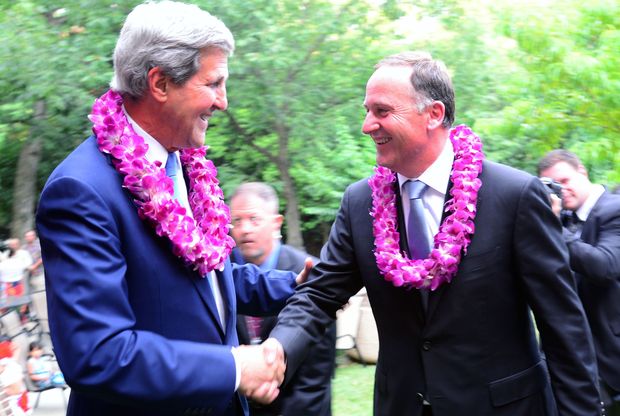 John Key said there is a much better relationship with the US than in the past, but most countries see New Zealand genuinely as independent.

"None of the countries raised that today. People do look at our voting record, for instance with Palestine - that's obviously one of the issues discussed by the Islamic countries.

"We've got a more neutral position, probably, than our normal traditional partners like Australia and Canada ... that stands us in quite good stead."

The situation in Iraq, where the government has formally called on the US to launch air strikes against jihadist militants who have seized several key cities over the past week, is set to head the agenda for some of the meetings in Washington.

Mr Key said New Zealand's position on the situation in Iraq was not raised with him during his discussions at the UN. He says representatives were more interested in New Zealand's foreign policy and previous voting record.

On Thursday, Mr Key has a series of meetings including with the US Secretary of State John Kerry and the head of the Federal Reserve Janet Yellen.

Mr Key will meet with President Obama on Friday.