The Government is all but giving up on passing changes to employment law before the general election now that ACT MP John Banks is resigning from Parliament. 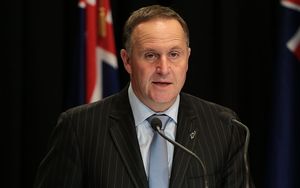 The MP for Epsom was found guilty last week of making a false electoral declaration after his failed 2010 Auckland mayoral campaign.

Prime Minister John Key told a post-Cabinet news conference on Monday that Banks has sent his resignation to Parliament's Speaker David Carter, which comes into effect on Friday.

As a result, the Government loses a crucial vote in support of the Employment Relations Amendment Bill, which would weaken collective bargaining.

The Maori Party is not supporting the bill, so the Government was relying on Banks' vote. Mr Key said it is unlikely that the party would change its mind.

Mr Key said in all probability, the legislation would be put into a carry over motion and then if National wins the election on 20 September it would be reintroduced to the House.

The Prime Minister said he was still open to doing a deal in Epsom with the ACT Party.