The Mana Party leader is challenging the Labour Party to support an amnesty for Pacific overstayers. 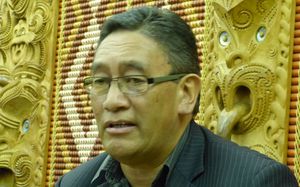 Hone Harawira made the call at the launch of a national Pasifika branch for Mana on Saturday afternoon.

Immigration New Zealand figures from 2013 state there are 6812 Pacific overstayers, most from Tonga and Samoa.

Mr Harawira said they were being caught and deported in scenes reminiscent of the dawn raids.

He said Labour has had the loyalty of Pasifika communities for a long time but was too scared to back an amnesty.

"In fact Labour's got a policy which they probably need to tidy up in terms of Pacific immigration right now, I won't be nasty about it but they've got issues that they've got to resolve."

Mr Harawira said if Labour could not do the right thing for something so fundamental to Pasifika communities it deserved to lose their votes.