The Green Party has ratified a formal policy on abortion, making it the only party in Parliament to have one.

It would legislate to decriminalise abortion and protect the right to end a pregnancy.

Having an abortion in New Zealand is still a crime under the Crimes Act, unless a pregnant woman faces a danger to her life, physical or mental health. 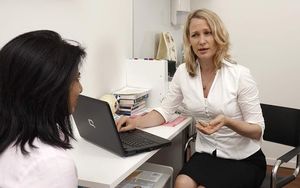 The Green Party says the country is ready to have a sensible conversation about abortion. Photo: PHOTO NZ

Abortion law has always been a subject about which politicians have tried to steer well clear, despite repeated calls for the laws to be reviewed and updated.

Green Party MP Jan Logie said it is time that abortion is removed from the Crimes Act, and brought out from that shadow of judgement and mistrust of women, because ultimately it is a health issue.

Ms Edmond said women have to jump through too many hoops to get an abortion, and can make good decisions with out having to do so.

The latest figures on abortion held by Statistics New Zealand show that in 2012 the abortion rate had fallen to a 17-year low.

Ms Edmond said there is no international evidence to suggest decriminalising abortion would lead to women treating it as a type of contraception.

Ms Logie said abortion has always been a political hot potato, but there was wide support within Green Party membership for the new policy.

The Green Party's policy would allow terminations after 20 weeks gestation only when the woman would otherwise face serious permanent injury to her health or in the case of severe fetal abnormalities.