Education Minister Hekia Parata says she is offended that Labour Party MP Trevor Mallard asked her if she has hit a member of her staff. 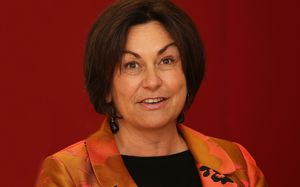 Ms Parata was appearing before the Education and Science select committee on Wednesday to discuss education spending announced in the Budget in May.

Mr Mallard began asking about bullying in schools and at the Ministry of Education before turning his questions on the minister and her office. He asked if Ms Parata had ever hit a staff member.

Ms Parata replied the she had not and said she took offence at Mr Mallard's suggestion.

The minister said the MP was using the select committee for political purposes.

Mr Mallard has produced no evidence that Ms Parata has hit any of her staff, and the minister was clearly upset with the line of questioning.

"Well, it's typical of Trevor isn't it - there won't be any basis to it. She's denied it. And if it comes to a stoush between Trevor Mallard and Hekia Parata, I know who I'd believe - and it certainly wouldn't be Trevor Mallard."

Mr Key said Ministerial Services would have taken up such a matter if it had happened.