The Labour Party maintains it will not do any pre-election deals despite a suggestion it should forget about the Maori seat of Te Tai Tokerau seat so that it has another potential coalition partner.

If Mana Party leader Hone Harawira retains Te Tai Tokerau, the new Internet-Mana alliance could potentially bring more MPs into Parliament, without having to reach the 5 percent threshold. That would also give Labour another potential coalition partner. 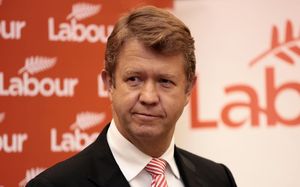 Internet Party leader Laila Harre said those on the political left needed to make better use of MMP rules to get rid of the National-led Government. She said Labour needs to whether it wants to waste its resources or be more strategic.

"I would be very surprised if Labour wasn't thinking very carefully about the strategic opportunity that this alliance provides, and the opportunity it provides to ensure that Internet Party supporters, who are growing in number, are able to cast a valid vote against the current Government."

But Labour leader David Cunliffe said on Friday that his party is going out to win all seven Maori seats.

Mr Cunliffe said he expects that Kelvin Davis, who was 1165 votes behind Mr Harawira at the 2011 election, to run a vigourous campaign. He said there would be no deals with other parties until after the election on 20 September once it is known what voters want.

Mr Davis is adamant he is in the competition to win. "It would be immensely damaging up in Te Tai Tokerau. The people up there do not want to see an MP whose prepared to roll over for anyone. They want somebody up there who's prepared to stand and fight for what's important to them."

He told Radio New Zealand's Morning Report programme on Friday the Internet-Mana alliance is a ruse and a scam and he would fight them for the seat.

"I'm the best person - the logical, the intelligent, the sensible person - to become the Member of Parliament for Te Tai Tokerau. They can see through this whole ruse. Basically it's a scam to get their vote."

Hone Harawira said Mr Davis had lost the seat several times before and is confident his constituents supported the alliance.

Mr Harawira said opposition parties shouldn't be fighting each other. "We can either focus on attacking one another and end up with a limited number of seats and no possibility of changing the Government or we can be intelligent enough, and big enough, and bold enough to work together."