Health Minister Tony Ryall has faced a grilling at Parliament over funding for health announced in the Budget.

It occurred at a wide-ranging Health select committee session on Wednesday focused on health spending generally. 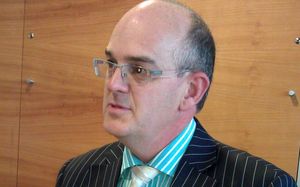 Mr Ryall told MPs that the Budget in May didn't provide everything everyone wanted, but represented a significant investment in health.

"We're seeing pressures on (Wellington's) Capital and Coast DHB struggling to overcome their deficit. Just how much blood do you think is left in the stone and how do you expect the health system to respond to this continual under-funding?"

Mr Ryall replied he did not accept the sector is under-funded, but agreed that more is being expected of it.

The minister was also asked who would actually pay for free doctors' visits for young children. Extending these to children from six to 13 was the major policy initiative in the Budget.

Mr Lees-Galloway demanded to know how much the Government will offer GPs to make it happen. Mr Ryall wouldn't say, explaining that negotiations are needed with doctors and haven't happened yet.

Mr Lees-Galloway continued anyway: "What's the guarantee that practices won't offset any additional costs they incur by adopting this policy by increasing the adult charges for GPs?"

Mr Ryall said he's sure a deal would reached, but didn't say when.

"We've still got this negotiation to go under way. I'm quite confident we'll be able to meet at a deal that will be sufficient to ensure that general practice feels that they're fairly recompensed, and the taxpayers feel they're getting a reasonable deal."