Prime Minister John Key says immigration levels are not solely to blame for rising housing prices, and to stop people coming here would be a knee-jerk reaction. 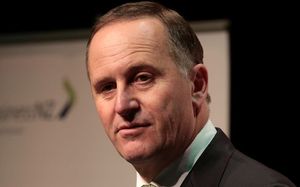 The Labour Party says immigration levels are close to being a bubble, with predictions of net immigration of 40,000 people over the coming year.

Leader David Cunliffe said party policy on limiting immigration has nothing to do with boosting its poll ratings, which lag behind National by about 20 points.

Mr Cunliffe said inbound migration levels should be constrained to help ease housing prices and said migration should return to a level that's sustainable for housing and social infrastructure.

But Mr Key said migration is one of about six factors fuelling rising house prices and if Labour's policy was in place most of New Zealand's residents wouldn't be here. ''Everyone's a migrant."