The Immigration Minister says options in place should Indonesian people smugglers bring asylum seekers as far as New Zealand, include detaining them in prisons or offshore processing. 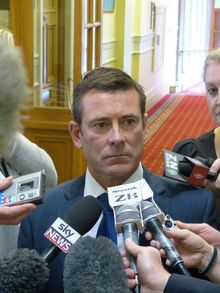 Mr Woodhouse said he was aware of three such attempts recently.

The Australian government runs a military operation to turn back boats and detain asylum seekers in Papua New Guinea and Nauru.

But he said he was not ruling out other options.

Under legislation pushed through by the Government last year, any incoming group of more than 30 people can be detained for up to six months.

The law also enables the status of refugees to be reassessed after three years, and before they can apply for permanent residence.