Justice Minister Judith Collins will face questions in Parliament on Tuesday for the first time since returning from stress leave last week. 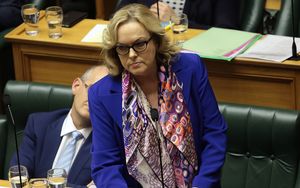 Ms Collins took a week's leave before the Budget, after facing months of accusations of having a conflict of interest with her dealings with the export company Oravida.

She says she's had a great break from Parliament and has returned in good health after spending time at home, working in the garden.

Ms Collins says the opposition should now focus on the big issues.