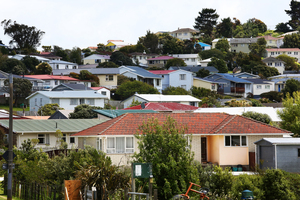 A new report from the OECD rates New Zealand homes as the most overvalued in the developed world relative to rents and income.

Mr Key says that's not about the change, with further strong growth over the coming years, as forecast in the budget.

He says the main problem with the housing market is supply, and that is being dealt with.

But the Property Investors Federation believes tighter lending restrictions and low rents have discouraged many investors.

Labour says the finding is no surprise at all. Party leader David Cunliffe said more houses must be built.

He said a capital gains tax would ensure people who invest in property pay tax like everyone else and controls must also be put on foreign investors who are snapping up homes.

The Government is defending a big cut in the money available for community agencies to build social housing, saying they'll be able to find finance elsewhere.

The annual grant to the community housing sector has been cut by more than two-thirds in the Budget, and the minister says the growth in new house building will come from the market.

The Government wants agencies other than Housing New Zealand to become responsible for twenty per cent of social housing.

But three agencies have told Radio New Zealand their future building programmes are unclear after a big cut in contributions to new home building, to $10 million a year.

Housing Minister Nick Smith said those agencies now have access to bigger rent subsidies from the Government, which will make it easier to find finance elsewhere.