More than $25 million has been set aside in the Budget to fight kauri dieback disease. 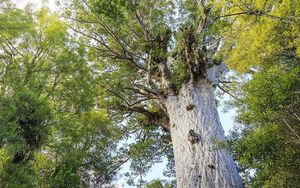 The disease has been found in Northland, the Waitakere Ranges, Great Barrier Island, and most recently the Coromandel. It infects the tree's roots and effectively starves it to death.

Minister of Conservation Nick Smith says efforts to prevent the disease need to be ramped up.

Dr Smith said the funding over four years would be split between the Department of Conservation for tracks, boardwalks, and hygiene stations, and the Ministry of Primary Industries, for research and management tools.

Earlier this year, the Labour Party said if elected to government it would spend $20 million fighting the disease, but over 10 years.