Senior government ministers are downplaying warnings about a spike in migration, saying it's due to fewer New Zealanders leaving the country.

In Thursday's Budget, the Treasury said the annual net inflow of migrants is forecast to peak at 38,000 in the second half of this year, up from an earlier forecast of 26,000. It warned that the rising number of migrants would put additional pressure on the housing market. 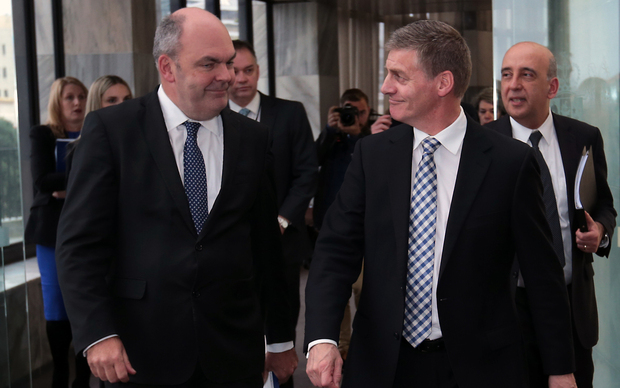 There was little in the Budget to ease housing demand, except removing import tariffs and duty on building materials. The Budget earmarked $27.8 million to allow duties on some building materials to be dropped for three years, estimated to save about $3500 on the construction of a new home.

Finance Minister Bill English said the increased migration inflow was not because hordes of people were moving to New Zealand.

Mr English told Radio New Zealand's Morning Report programme on Friday it was not clear how long the trend would continue and the Government was not considering moves to restrict the numbers entering New Zealand.

"It's been a fairly sharp swing quite recently. I think you would need to see whether it's going to last for some time or be some kind of permanent shift.

"In any case you can't make that much of a shift through migration numbers. You can make quite a lot of difference by simply allowing a lot more houses to get started."

However, Labour leader David Cunliffe said the Government had failed to keep immigration in check.

"It is a good thing that fewer New Zealanders are leaving but it is not a good thing that National seems to have no control over the aggregate number of migrant flows. And the impact of that, particularly on Auckland's housing market, will be absolutely disastrous."

Economic Development Minister Steven Joyce said that was a defeatist attitude "So you're getting an economy to grow, you're actually getting a lot of people wanting to move here, finally, after rabbiting on for years and years and years about how everybody's leaving, and the first thing you want to do is shut the door - that's appalling."

Mr Joyce said the Government was focused on increasing the supply of houses by freeing up opportunites to build.

Mr Cunliffe said it costs just under half of the average full-time wage to service an 80 percent mortgage on an average priced home, and, according to the government's own projections, that would increase within five years to 63 percent of the average full time wage. In Auckland it would be 86 percent by 2018.

New Zealand First leader Winston Peters said the Government had failed to consider the pressure from exploding immigration on housing, infrastructure, education and health. The Green Party said slightly reducing the cost of building supplies will not improve the supply of homes.