The Ministry for Primary Industries gets about $17.5 million more in this year's budget.

Primary Industries Minister Nathan Guy said that includes some extra funding for food safety and for biosecurity which remained his top priority.

"So we are making an investment alongside the Department of Conservation in the Kauri dieback initiaive, That's just over $1.2 million a year and DOC are investing almost $11 million over four years."

"We are also strengthening the biosecurity core and importantly, we are enlarging our overseas footprint as well, because we've got new and emerging markets and of course China is a real focus of ours as well."

"We made an investment of more people up into the important China market last year.

"We've indicated there's another four going up into Beijing and Shanghai this year and also we're looking closely at new and emerging markets where we've indicated over the next few years we'll be investing another six people resources." 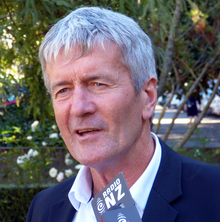 Labour Party primary industries spokesperson Damien O'Connor said that when it came to the primary sector, this year's budget is one filled with smoke and mirrors.

Because money was being shifted around it was hard to see whether primary industries have really gained in the budget, he said.

But he said what was clear and very concerning was that there were plans to slash funding for bovine tuberculosis (TB) control from next year.

"The thing that concerns me most is their acknowledgement that baseline funding for the control of TB vectors will reduce from $30 million down to $7.2 million from next year," Mr Connor said.

"That will be of major concern to many many farmers across the country particularly in the areas of King Country, some areas of the North Island and of course the West Coast.".

Rural general practices will get an almost $9 million extra over four years from a $1.8 billion increase in the Government's health budget.

But the Rural GP Network has identified little overall gain for rural New Zealand from the increased funding and it's looking for a stronger commitment to providing better access to services and outcomes for rural communities.