The extension of free doctors' visits to all children under 13 announced in the Budget is being welcomed but it's far from clear how many GPs will sign up to the change.

From 1 July next year, GP visits and prescriptions will be free for children under 13, costing $90 million over three years. The Government says this will benefit more than 400,000 children, by including those aged between six and 12.

The Medical Association, representing family doctors, said the eligibity of older children for free GP visits and prescriptions will be a welcome boost for families.

Chairman Mark Peterson said it improved the situation for children, though "targeting services to those that need them most is an area that needs even more attention if New Zealand is to improve equity in terms of health outcomes".

Mr Peterson said that, being private businesses, GPs will have to examine the figures involved before they decided whether they will make the change. 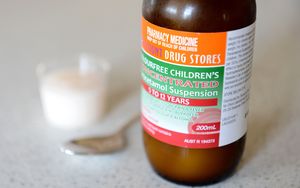 Free doctors' visits to all children under 13 has broad support. Photo: AAP

"If there's a significant difference between the subsidy offered and the income that they currently get from the combination of the subsidy and the patient part-charge then they may not sign up to it."

The Rural General Practice Network said it supported the initiative in principle but it had to be done in a way that was affordable.

It said free care for under-sixes had been provided at the expense of reduced incomes for practice owners, and how the extension to under-13s will be managed would be "extremely interesting to watch".

Health Minister Tony Ryall said the scheme was not being introduced until mid-2015, in order to allow time for talks with GPs.

"We can't control GPs' charges, we can't actually set GPs' charges for them because they are private businesses. We have to contract the charges and so we will have to have some time to negotiate with general practices around New Zealand."

But Mr Ryall says 98 percent of GP practices - all but 40 - agreed to offer free visits to under sixes and the same should happen with the new scheme.

"Ninety-eight percent of general practices are under the free under-six scheme and I think that the same number of practices will want to help children under the age of 13 and they'll be wanting to join this free under 13 scheme as well."

Paediatricians also support the change, saying it will extend the availability of medical assessment and treatment, including prescriptions, to a wider group of people who may have had difficulty paying for healthcare.

"People will sometimes choose not to have all of a prescription filled, for example. This is based on a lot of anecdotal evidence that we get in our surgeries as we're talking to families or getting feedback from the community."

"As a front line worker serving a community of high needs and actually low access, this is going to be a step forward and we really do need to invest in children's health."

The Child Poverty Action group says it's been pushing for the move for years and would like it extended to up to 18-year-olds.

The group's spokesperson, Wellington GP Nikki Turner, said there were challenges for families juggling their budgets.

"When children get sick and they're trying to juggle their budgets they have to decide when they go to the doctor and do they delay. There should not be any reason for a family to have to agonise about whether they can afford to go to a doctor or not."

Dr Turner said the group would prefer to see the scheme introduced before mid next year. "However, I do appreciate there are challenges within the primary healthcare sector in implementing it effectively. It certainly took us around about four years to get most of the free under sixes and there are still practices around the country where it's not free."

On Budget health changes generally, the Association of Salaried Medical Specialists says there are some positive initiatives that are a step in the right direction, but they're undermined by the fact the health system is still facing a funding shortfall of $224 million for the coming year.

It also says public hospitals will start the next financial year already short by $98 million, and continued under-funding of health is a dangerous strategy by the Government.

The Public Health Association says new initiatives in the Budget will put even more pressure on support staff in health and it's time for the Government to remove the cap on administrative and clerical staff numbers in district health boards.

Health insurers saiy the Budget is "just tinkering", and will do nothing to resolve the unsustainability of the current funding model in health.

The Nurses Organisation said while there were a number of good initiatives in the Budget, the failure to address DHB funding to the levels required to maintain current services was disappointing and will result in increased pressure on nurses.