Education was the focus for the most expensive single initiative in the government's Budget, but beyond that there is no largesse for the sector. 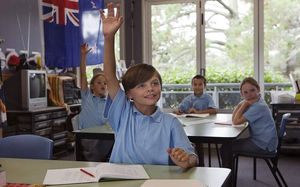 That big-ticket item is $359 million over four years to create 6000 new roles so the best teachers and principals can share ideas between schools and support their peers.

The policy was announced at the start of the year and is the subject of considerable suspicion from many teachers and principals while the details are being thrashed out.

Judith Nowotarski, the head of the primary school and early childhood staff union the Educational Institute, said the plan misses the mark.

"The best thing in the budget for teachers is the extension of free doctors' visits and paid parental leave, because it's poverty and out-of-school factors that are having the biggest impact on learning," she said.

There is disappointment in the early childhood sector that government subsidies will increase very little.

Early Childhood Council chief executive Peter Reynolds said the increase was about 1 percent overall, and some services would have to raise their fees.

"Some of the services in some communities have really been struggling and we have seen some closures over recent years. So this may kick a few more services to touch, it may mean that services need to readjust themselves further and in some cases they may increase fees to parents."

Kindergartens New Zealand chief executive Clare Wells said the subsidy increase would help kindergartens keep up with rising costs, but the organisation would have liked to see the Government act on other issues.

"What we were hoping to see in this budget is that there would be some funding to lift the quality in early childhood education, and we had hoped that we would also see funding that would support greater connections across early childhood and the school sector. So, that hasn't happened so we think that's an opportunity that's lost," she said.

In tertiary education, there was disappointment that the Government refused to increase its subsidies for student enrolment except for in a few disciplines: science, agriculture, pharmacy and physiotherapy.

That means many courses will have no increase in their rate of subsidy for four years, and most for three years.

"What there is, is targeted at the minister's pet business projects, rather than the needs of most staff and students."

Universities NZ deputy chair Harlene Hayne said the lack of increase for most subject areas was a major concern.

"Investment on a per student basis is one of the key drivers of rankings and has led New Zealand universities to slip down in the rankings in recent years," she said.

"If the New Zealand universities continue to slip in the rankings they will not attract and retain the best staff and students. New Zealand must invest more in our universities so we can compete in an increasingly crowded, competitive international market."

But Professor Hayne said the increases to subsidy rates for some subjects was good news for universities, as was increased research funding.

Meanwhile, university bosses and researchers say the government has done the right thing by increasing its funding for Centres of Research Excellence.

The Budget included new spending of $15 million a year to fund three more centres, and a fourth will be paid for from existing funding, taking the number of centres to 10.

The centres provide world-class research in specific areas and the Association of Scientists says they are a good way of fostering high quality.

The organisation Universities New Zealand strongly supports the decision, while Massey University says it is delighted its centres, which failed to win renewed funding in the most recent round, will get another chance.