Prime Minister John Key says he's confident he has all of the relevant information relating to his minister, Judith Collins, and her dealings with the dairy export company, Oravida. 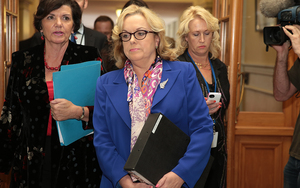 Ms Collins is on stress leave from Parliament as the opposition continues its attempts to unseat her as a minister over accusations of conflict of interest.

Opposition parties, including New Zealand First, say they have more questions to raise about her conduct when she returns this week.

Mr Key says he will publicly apologise, if Ms Collins does end up resigning or being sacked.

But he says the New Zealand First leader, Winston Peters, should be expected to do the same.