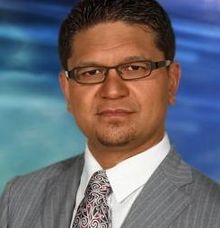 The council will meet on Thursday to discuss whether Labour's nominations in the seat will be reopened.

Labour previously extended nominations for the seat for a third time.

Mr Taurima resigned as head of the Maori and Pacific Unit at Television New Zealand in February after it emerged he had hosted Labour Party meetings at TVNZ offices in August last year.

A subsequent investigation found no evidence of political bias in programmes Mr Taurima was involved in.

However, it found TVNZ resources were used inappropriately for Labour Party political purposes by Mr Taurima and three members of the unit - none of whom were still employed by TVNZ.

Mr Taurima required a waiver in order for his nomination to be accepted, as he had been a member of the party for less than one year when nominations for the candidacy opened.

The council decided granting Mr Taurima a waiver to run was not in the best interests of the party, because of the contents and conclusions of the report on his work at TVNZ.

Party president Moira Coatsworth said Mr Taurima was never guaranteed a candidacy. However, she told Morning Report he may still have a future with the party.

"Shane's a talented person, but the council has decided at this time it's not the appropriate time for Shane to stand in Tamaki Makaurau."

Ms Coatsworth said the party decide on Thursday whether Will Flavell will contest the seat for Labour, or whether it will look at other candidates.

Party leader David Cunliffe also said he does not rule out the possibility that Mr Taurima could be a Labour candidate in the future.

A failure of management - analyst

Media researcher and former editor of the New Zealand Herald, Gavin Ellis said people need to decide if they are reporters or party activists because they cannot be both.

Mr Ellis said TVNZ managers were not exact enough in tying down the conditions under which Mr Taurima returned to its employment after earlier seeking a nomination for the Labour Party.

As a result of the review, TVNZ chief executive Kevin Kenrick said he will require general news staff to reveal political party membership and political reporters to refrain from membership in the first place.

The PSA said that would be stricter than rules governing other public servants.