Finance Minister Bill English says despite a lower than forecast tax take, the Government remains on track for a small surplus next year.

In the nine months to the end of March, the tax take was $743 million below forecast but the shortfall was largely offset by lower spending. 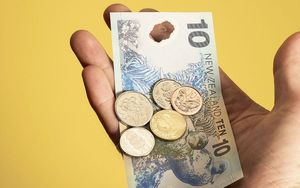 That pushed its operating deficit slightly higher than forecast. Mr English said, however, the financial accounts were closer to forecast than in previous months

"It's close enough to track that we can be reasonably confident this year the deficit will be significantly smaller than last year and it's a good foundation for a surplus next year and solid growing surpluses after that."

In the nine months to the end of March, the deficit, excluding investment gains and losses, was $1.664 billion - $200 million higher than the Treasury predicted in December.

The Treasury said the lower tax take was not expected to threaten the promised surplus next financial year because the outlook for the economy was now much better than its earlier forecast.

Mr English said, as the Budget would show next week, the Government remained on track to a small surplus next year and increasing surpluses in the following years.

He said that would provide choices about repaying debt, investing a bit more in priority public services and, eventually, resuming contributions to the New Zealand Superannuation Fund.