Senior Labour MP Trevor Mallard has been ejected from Parliament during a testy exchange with Justice Minister Judith Collins about her links to export company Oravida.

The confrontation occurred as another Labour MP, Grant Robertson, was asking Ms Collins about her visit to Oravida's Shanghai offices during her official trip to China last October. 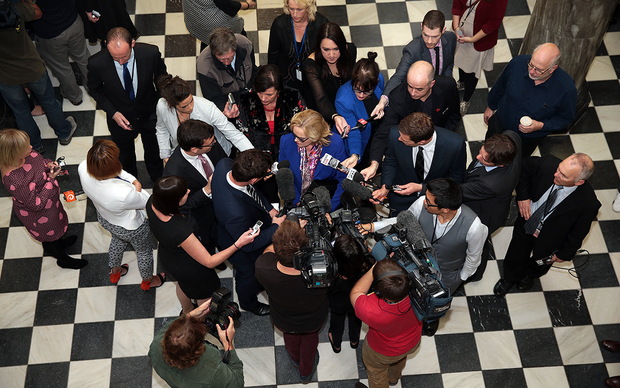 Mr Mallard interjected during a question to suggest Ms Collins' family had made quite a lot of money from Oravida. Her husband is a director of five separate Oravida companies.

But the minister objected and said she was offended by Mr Mallard's insinuation.

Speaker David Carter asked Mr Mallard to withdraw the comment but the MP refused and was kicked out of the House.

Mr Carter: "The member alluded to a substantial amount of money being the benefit to the family. The minster's taken exception to that and I think with justification. I will ask the member once more to stand and withdraw that comment. If not...."

Mr Mallard: "Mr Speaker, I will not withdraw the truth (fades)..."

Mr Carter: Order, order - then the Honourable Trevor Mallard will leave the chamber."

Meanwhile, the Prime Minister blames Twitter for the stress Ms Collins has faced over her involvement with Oravida.

Ms Collins is taking four or five days 'refresher' leave after Wednesday and has also given up tweeting, for the time being at least.

Ms Collins raised questions on Twitter about the conduct of a Press Gallery journalist in an apparent effort to divert attention away from criticism of her behaviour as a minister.

Mr Key said Ms Collins had been under a lot of stress and much of that was driven by comments on Twitter.

Before going into the House, Ms Collins said she had nothing to fear from the questions in Parliament and she was looking forward to a break with her family.

Ms Collins is under fire for a dinner she had with company executives and an unnamed border control officer during a ministerial trip to China last October. Her husband is a director on Oravida's board.

An official at Oravida said the company was making no comment on the matter.

Ms Collins will be back in Parliament on Wednesday to respond to more questions about Oravida.

New Zealand First leader Winston Peters said Oravida posted a quarantine clearance certificate on a Chinese social media site just weeks after the dinner. He said it then donated $30,000 to the National Party.

Mr Peters said that suggested Ms Collins did help the company during her trip and the Prime Minister should stop denying it.

Mr Peters said other companies lost their Chinese import licences after a product recall last August, in the aftermath of the Fonterra botulism scare.

But, he said, Oravida was licensed just days later, after Ms Collins' visit, with the licence citing Chinese and New Zealand government support.

Opposition parties are accusing the Prime Minister of going easy on Ms Collins by giving her the time off.

Labour said evidence against Ms Collins was stacking up and Mr Key should have sacked her.

Labour has also claimed it had further evidence that Ms Collins's help for Oravida resulted in the company getting its milk into China, while other companies missed out.

Labour said it had documents that showed that Oravida's milk shipment was accepted by Chinese border control in December but milk from the same supplier exported by a different company - and simply in a different bottle - was rejected.

That other company is Guangzhou Ruima Food.

Both Guangzhou Ruima and Oravida get their fresh milk for export from Green Valley Dairies in Auckland.

The Green Party said the minister was being given paid leave when the Government was trying to pass laws that would remove breaks for workers.

But Mr Key said Ms Collins was being treated no differently than other ministers. He is rejecting suggestions he has double standards, saying seven Ministers have gone in the nearly six years he's been Prime Minister.

Voters in Ms Collins' Papakura electorate are divided over her conduct.

Many of those spoken to by Radio New Zealand say she has acted arrogantly with some calling for her to step down.

Business owner Alison Sinclair said she voted for Ms Collins in 2011 but had been disappointed by her recent behaviour.

However, another Papakura resident Len Clark said the minister was promoting New Zealand's interests during her China trip and has done nothing wrong. 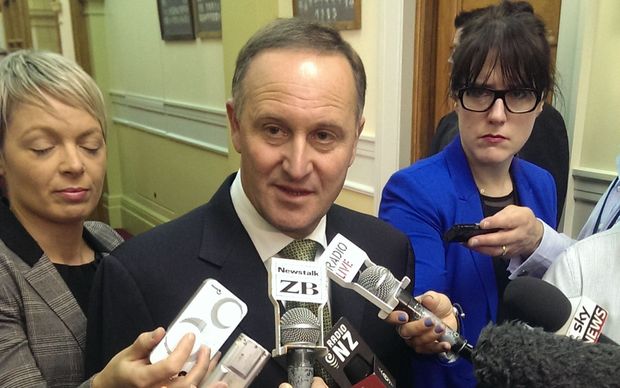 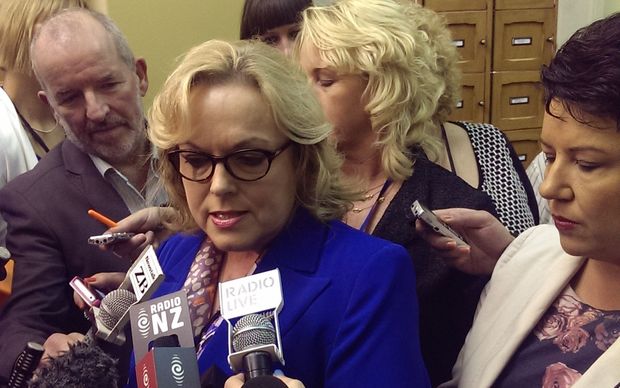