Mr Williamson resigned as a minister on Thursday after Prime Minster John Key became aware he had contacted police over an investigation into a businessman facing domestic violence allegations. 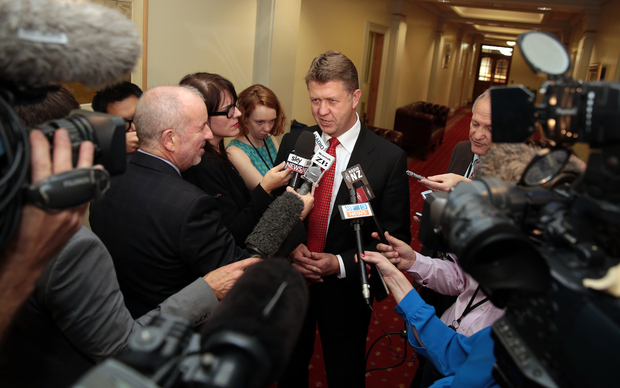 Labour leader David Cunliffe said it was another example of the Government's declining ministerial standards.

He said Mr Williamson joined a growing list of National Government ministers who have acted improperly.

"Under the previous Labour government there were much higher standards and the standards that New Zealanders have come to expect.

"Any minister who interfered in police matters in a government that I led would be instantly gone."

New Zealand First leader Winston Peters said Mr Williamson made a clear error of judgment in getting involved in a police investigation.

But Mr Peters said he suspects that in resigning, the minister has paid the price for a soft approach by the Prime Minister to conflict-of-interest claims regarding Justice Minister Judith Collins.

He said John Key is now trying to show that he does have some standards and Mr Williamson's conflict of interest is far less than that alleged in the case of Ms Collins.