The Government has done an about-turn on the sale of legal highs, announcing it will ban all products within two weeks until they can be proven low-risk. 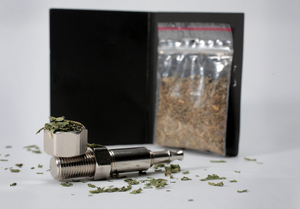 Associate health minister Peter Dunne made the announcement on Sunday following increasing pressure from opposition parties and local councils who have lobbied for an outright ban.

The Psychoactive Substances Act came into effect last year, regulating the sale of synthetic cannabis products, but leaving about 40 brands still on sale.

Mr Dunne says people are still reporting severe adverse reactions and those products will now be stripped from shop shelves.

"I want to get a regime that's workable, that's safe and clearly issues have arisen about some of the products on the market at the moment - the easiest way to deal with that is to simply take them off and subject them to the same testing regime as other products."

Earlier, he had told Radio New Zealand all international evidence showed bans don't work and if they did he would have applied one three years ago.

The Government says it will introduce the new law when the house sits again in a fortnight.

Labour leader David Cunliffe says it's the right move, but too little, too late and all New Zealanders would deplore the delay, but welcome the change.

The Labour Party was due to announce its policy on legal highs in South Auckland on Monday, but brought that forward after New Zealand First issued a press release on Sunday afternoon calling for an outright ban.