Power companies are under growing pressure to cut back on the number of households they disconnect, or face regulation. 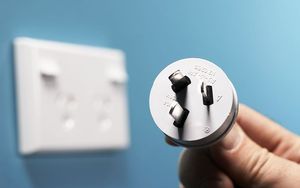 The number of hardship grants paid out by Work and Income (WINZ) was nearly 7000 lower last year than in 2011 but disconnections rose more than 10,000 in the same period.

In 2008, the year after Folole Muliaga died in Auckland after her electricity was turned off, power disconnections fell to a low of 10,775.

The next year, the number of disconnections doubled to more than 22,000 and last year reached 41,000.

Opposition parties have indicated they would regulate power companies, and Minister of Energy Simon Bridges said he would consider it if the number of disconnections continued to rise.

Mr Bridges said he was surprised more consumers were being disconnected. 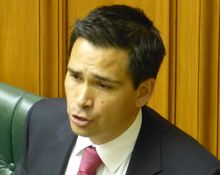 "Although the criteria for WINZ hardship grants in relation to electricity payments hasn't changed at all, the numbers have fallen, and that tends to indicate that there's something else going on here different than just a simple hardship issue," Mr Bridges said.

"You've got a combination of rapacious electricity companies, which have now been privatised or are being privatised, and a Department of Work and Income which is under such pressure that they're not adequately meeting the needs of constituents," Mr Cunliffe said.

Mr Cunliffe said he would look at the idea of a compulsory code, if elected.

"We're very, very unhappy about the situation at the moment. It is just not fair and, frankly, not safe to see this number of disconnections."

Green Party energy spokesperson Gareth Hughes said tragic deaths, such as those of Mrs Muliaga, had an immediate impact.

"But over time power companies have got more comfortable disconnecting customers, and now we see more than 42,000 kiwi homes losing their power. I think it's unacceptable," Mr Hughes said.

"The Electricity Authority, when they looked at it, found that only three electricity companies were complying with the voluntary guidelines. I don't think that's good enough."

Mr Hughes said a compulsory code was needed to stop companies disconnecting the power to households so easily.

He said that would give the Electricity Authority the power to enforce the code when it came to the treatment of medically dependent and vulnerable consumers - and the Government needed to act now rather than wait.

Federation of Family Budgeting Services chief executive Raewyn Fox said hardship grants might be falling because struggling families had used up their allocation.

However, there could be another reason disconnections were going up while fewer people are getting hardship grants; people earning over a certain amount were not eligible for the grant, so it might mean more middle income families were having their power cut, Ms Fox said.

WINZ National Commissioner Carl Crafar said the department believed a drop in the number of beneficiaries and an improving economy had contributed to the fall in hardship grants for electricity and gas payments.

Mr Bridges said he had given a clear message to power companies to take steps to reduce the number of disconnections.

"I've also instructed MBIE (Ministry of Business, Innovation and Employment) officials to work with Work and Income on some of the processes they have to just ensure that if there's any room for improvement there that we are improving, and we are assisting beneficiaries and vulnerable consumers who come into contact with WINZ to avoid disconnections," he said.