Transport Minister Gerry Brownlee says the Greens are not left looking very genuine with their claims about funding for roads, given their demands for the Auckland rail link.

The Green Party has figures showing none of the Roads of National Significance have a high benefit-to-cost ratio, and says the money would be better spent elsewhere. 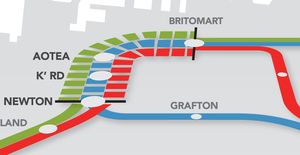 The figures obtained by the Greens show that between 2009 and 2014, $3.4 billion has been spent on the Roads of National Significance programme.

Greens transport spokesperson Julie-Anne Genter says that spending all has either a low or medium benefit-cost ratio, so it carries a massive opportunity cost.

Mr Brownlee says the Greens want the Government to be slavish to benefit-cost ratios, but at the same time want it to bring forward the construction of the Auckland rail link.

He says that project has a benefit-cost ratio that is 'below low', and into the negative.