Labour Party leader David Cunliffe faces strong political criticism after acknowledging he was wrong to use a trust to collect anonymous donations for his leadership campaign last year.

While Mr Cunliffe has taken steps to make those donations public, he faces accusations of hypocrisy from the Government and its allies. 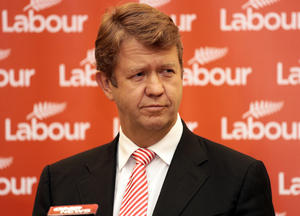 Labour has long criticised the use of trusts to keep donations anonymous and changed the electoral law when it was last in government to outlaw the practice in general elections. So Mr Cunliffe's use of a trust in his leadership campaign appeared at odds with his party's previous stance.

The trust was used so people donating more than $500 could do so without having their names made public. David Cunliffe said setting up the structure was a error of judgement on his part.

"I don't think in hindsight that a trust structure fully represented the values that I would like to bring to this leadership, and that's why I've encouraged donors to be as transparent as possible."

Mr Cunliffe rejected criticism that his error is similar to failing to disclose donations made in election campaigns.

"Firstly, this is not an electoral campaign under the act. Secondly, it's an internal matter - these are much smaller amounts. Thirdly, people made decisions at rapid pace during the campaign which later, in hindsight, look like they were not the right decisions to make."

Mr Cunliffe said the trust has since approached those who gave more than $500 to his campaign and asked whether they were prepared to be named.

Perry Keenan, senior partner and managing director of the Boston Consulting Group, businessman Tony Gibbs and hi-tech entrepreneur Selwyn Pellett, who gave a total of $9500, agreed to have their names made public.

Two people who gave $8300 in total were unwilling to waive confidentiality and the trust will return their money, Mr Cunliffe said.

Labour MP Shane Jones contested the role and has said he declared donations over $500. Grant Robertson, the other MP to run for the leadership, said he had no donations of that size to declare.

Prime Minister John Key had challenged if David Cunliffe to reveal who gave him money, saying it looked as if the Labour leader had something to hide. On Tuesday, he said it was a botch-up.

"Well, on his very first test before he even became the leader, he went about a process to ensure that his donors could be kept secret, that the public could be kept in the dark."

ACT MP John Banks, who has been subjected to strong attacks from Labour for failing to disclose who donated large amounts to his failed 2010 Auckland mayoral campaign, called Labour politicians hypocrites and is not impressed with Mr Cunliffe's approach.

"These are the same people that paraded in the House as paragons of virtue and railed against me day after day, week after week, and month after month. They should look at themselves - these people are hypocrites."