ACT's new campaign director Prebble is aiming for the party to win the seat of Epsom in Auckland and bring nine MPs into Parliament at this year's general election. 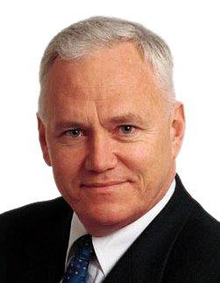 Mr Prebble, the party's former leader, is coming out of political retirement to take on the role and says the election of new party leader Jamie Whyte, who he describes as outstanding, is the reason for his return.

He is confident ACT will win about 7 percent of the party vote and the Epsom seat in Auckland. The party will be focusing on the list vote and no other electorates aside from Epsom.

Mr Prebble was elected as the party's campaign director for this year's election after a board meeting.

Dr Whyte says he's delighted to have Richard Prebble on board, as a great ACT man and a professional when it comes to campaigning, however he says his target to bring nine list MPs into Parliament is ambitious.

He says he would be very disappointed if ACT got fewer than five MPs into Parliament, but would be thrilled if there were nine.

Acting president Barbara Astill says Mr Prebble is a campaigning legend who took ACT from a virtual zero in the polls in 1996 to winning Wellington Central and taking seven MPs into parliament.