The ACT Party board has selected Jamie Whyte as the new party leader, and David Seymour as the candidate to stand in Epsom. 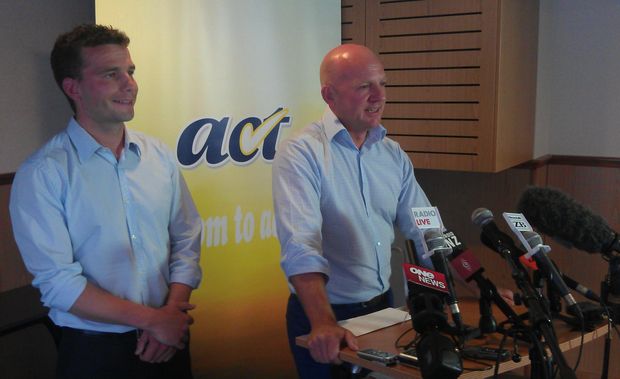 The current leader John Banks is stepping down from both roles as he prepares to defend court action relating to local body election donations.

Jamie Whyte, 48, who's an academic and management consultant, has recently returned to New Zealand from Britain.

David Seymour, 30, has worked in John Banks' parliamentary office and has stood as an ACT candidate in previous elections.

Dr Whyte acknowledges that the party has a lot of work to do in the run-up to the general election, but he's very enthusiastic.

"We think that ACT though currently polling pretty low, has got a very compelling message and I'm going to devote myself with the rest of the party, with David to spreading that message and reviving our support."

Dr Whyte says an endorsement from Prime Minister John Key for David Seymour in Epsom, will be crucial to the party's electoral success in that electorate.

Radio New Zealand understands the board was split on whether to appoint two different people as leader and candidate, but in the end decided it was the best way to present a new and reinvigorated team to the public.

Defeated leadership candidate and former party president, MP John Boscawen believes the roles should have been held by one person.

Mr Boscawen says he has quit any official position within ACT and does not intend to seek a place on the party list because he believes the board decision was a vote of no confidence in him as a candidate and as an office holder.

John Boscawen would not say whether he would continue to donate to the party, but did say he won't be asking other people to do so.