The Prime Minister says the Government will, if re-elected, create new positions for high-performing teachers and principals who will be paid more to raise student achievement.

John Key made the announcement in his first major speech of election year on Thursday at a West Auckland business club. 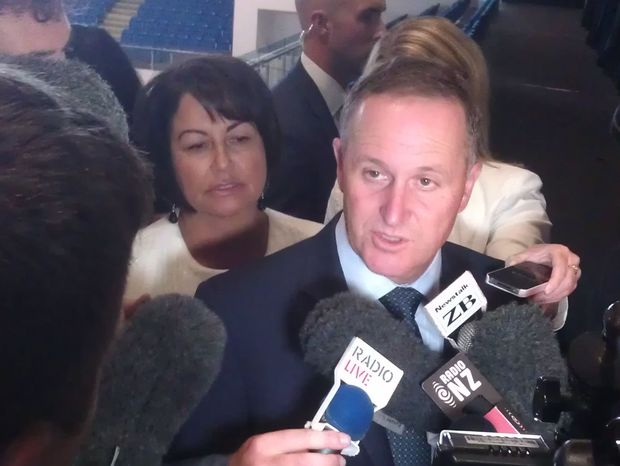 The policy would cost $359 million over the next four years. The money will be primarily spent on trying to improve the performance of teachers and principals by paying more to those seen as excellent performers.

Those teachers and principals will expected to be role models not only for their own schools, but for a community network of schools.

About 6000 teachers will be appointed to expert and lead teacher roles to showcase good practice and work in groups of schools. The roles will be introduced in 2015 and people will hold the positions for two-year terms.

John Key said an initiative to offer more money to principals who move to struggling schools will particularly help children from poorer areas. He said the Government wants to change the current incentives which encourage principals to work at larger schools where the pay is better.

"They've got to be entitled to go to a school that performs well with a good principal and with good teachers - and change principals will very much do that because they highly incentivise a principal who is a high-performing principal to actually go to a harder, tougher, maybe rundown school than to simply go to a bigger school because you get paid more money for that.

"We want the best teachers and principals to lead a step-change in achievement, and we're gonna pay them more to get it."

The Government says it will spend up to $150 million a year on four new highly-paid roles for the best teachers and principals.

Prime Minister John Key says top principals from around the country will be appointed to the position of Executive Principal and expected to provide leadership not only in their own school, but across a community of schools.

The Government will consult education groups including unions on the proposal, he said. "That might result in some changes to the details of the policy, but our intent is very clear. We want to recognise excellent teachers and principals, keep good teachers in the classroom and share expertise across schools and amongst teachers."

Executive Principals will be appointed by an external panel for up to four years and have two days a week away from their own school to work with other schools, both primary and secondary.

They will be paid $40,000 on top of their existing salary and judged by their results. Mr Key said the Government estimates there would be about 250 such principals, or one for every 10 schools on average.

"We would be expecting that principals would be themselves applying for these roles in the knowledge that they are able to both meet their responsibilities in their existing school and be able to offer the kind of mentorship and guidance that we're expecting of these particular top performing group of principals."

The Government intends to establish the role of Expert Teacher and expects about 1000 of these positions to be created. These teachers will work with a group of schools and be expected to have a proven track record in raising student performance, particularly in maths, science, technology and literacy.

They too will be based in their usual school, but will be free for two days a week to work with other schools. They will be be paid an extra $20,000 a year. Executive Principals will oversee the appointment of expert teachers, with an appointment of up to four years.

The third new role is a Lead Teacher; high performing teachers who will be paid an extra $10,000 a year. The Prime Minister said their classrooms will be open to other teachers almost all the time, so others can observe and discuss classroom practice when needed.

The Government will also create Change Principals. They will be paid an extra $50,000 a year to go to a struggling school and turn it around. About 20 will be created each year, for up to five years.

Education Minister Hekia Parata is confident paying good principals more to shift to difficult schools as a change principal will help lift student achievement. However, she said certain conditions will have to be met before the Government hands over the money.

"Part of the conditions we would expect to apply for a board of trustees that wanted to take up this opportunity would be that an external panellist would be on the selection process, would be that the criteria would be well established, would be that there's clear understanding of what the achievement challenge is in that school, so that we're able to monitor the effect of having made that change."

Plan 'bold, but may 'backfire'

Rangitoto College principal David Hodge says the raft of changes announced were designed overseas and may end up backfiring.

Mr Hodge told Radio New Zealand's Checkpoint programme on Thursday the model is from Singapore where the collective concept works, but in New Zealand it might end up stripping teachers of their authority.

"They've taken these ideas - which are proven to work - but they've taken them out of systems which are fundamentally different to the environment and the context that New Zealand education has had for the last 25 years."

Mr Hodge says that while he sees the plans as positive and bold, they do signal a radical change in culture and over the past 25 years schools competed with other schools in an effort to encourage achievement.

Earlier, a leading international education adviser told Radio New Zealand that policies to improve the quality and opportunities of principals could make a huge difference to problem schools.

The special education adviser to the OECD, Andreas Schleicher, said New Zealand needs to get better at attracting the best principals and teachers to the tougher schools.

Mr Schleicher told the Nine to Noon programme on Thursday they are not just attracted by better pay but by good recognition and a challenging, supportive work environment. "What evidence actually shows is that the role of principals can be fundamental. Principals can shape the entire school environment, they can change the way in which teachers collaborate and communicate."