The Labour Party is criticising the Government for what it says is an insufficient response to the cyclone crisis in Tonga.

Foreign Affairs Minister Murray McCully says New Zealand has given $500,000 in cash and frontline assistance to the aid effort following Cyclone Ian which damaged nearly every home in the affected area.

But Labour party leader David Cunliffe says given the extent of the damage and the strong ties between the countries, the Government should be giving closer to $1 million. 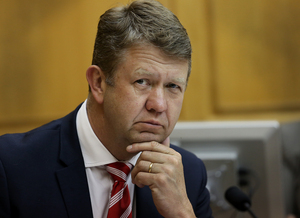 He says Tonga is struggling to cope with the disaster and thousands of people in the Ha'apai island group are still displaced.

The Mana Party also says the Government has been too slow to respond.

A government spokesperson could not be reached for comment.