The Accident Compensation Corporation is being criticised for recommending a reduction in levies at the expense of chronically injured people.

ACC is recommending a 17% cut in the average work levy paid by employers and a 15% cut in the earners' levy, along with a reduction in the motor vehicle levy of at least 5% for all car owners.

ACC says it is committed to making sure its clients get their due and it is working hard to reduce the number of disputes it has with clients.

But ACC Futures lobby spokesperson Hazel Armstrong says the levy cuts are only possible due to the hard line ACC has taken on keeping compensation payments to an absolute minimum. 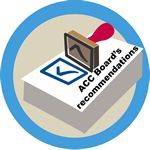 Sandor Fulop has been fighting to get compensation from ACC for four years, and says it's unfair the corporation is prepared to cut levies for some while refusing to pay entitlements to others.

Mr Fulop worked as a spray painter until the year 2000 when he was exposed to a toxic chemical called isocyanate.

He had to quit his job because if he is exposed to the chemical again it could kill him, but he says the ACC wanted him to go back to working as a spray painter.

A specialist in litigation over such cases, John Miller, says his firm has about 2000 clients in similar situations.

Mr Miller says his firm wins about three quarters of the cases it takes against the ACC, which he says suggests the corporation is routinely not paying compensation when it should.

The Labour Party says that the timing of levy cuts for next year is a cynical election-year bribe.

Corporation chairperson Paula Rebstock says the proposed levy cuts are possible because of ACC's improved financial situation, which means the scheme was on track to being fully funded by 2019.

The corporation is also proposing risk-ratings for vehicles, so people with cars which better-protect occupants would pay even less.