The MP for Waitakare, National's Paula Bennett, says she has Prime Minister John Key's support to contest a potential new electorate - even though its an ideal one for National to gift to the Conservative Party. 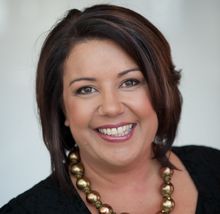 The creation of the new seat is among recommendations released on Thursday morning by the Representation Commission. In its review of electorate boundaries, it proposed the number of general electorates in Auckland be increased from 23 to 24.

The new Upper Harbour electorate would effectively replace Mrs Bennett's existing Waitakere seat and draw voters from the North Shore electorate of East Coast Bays together with the West Auckland strongholds of Helensville and Te Atatu.

The commission also proposed the creation of another new seat in Auckland called Kelston.

Conservative Party leader Colin Craig is interested in the Upper Harbour seat, as a win would get his party into Parliament and guarantee National a partner.

Mr Craig admitted on Thursday that Paula Bennett would be a tough opponent to beat if they were to both stand for the seat. He said the seat would be ideal for his party to contest as it has a lot of conservative voters in it, including elderly people and new immigrants, but it was too early to make a decision on whether to stand.

"But I will say that Paula Bennett would be a very tough opponent and I know she's got a lot of respect. It'd be a tough call for us to go ahead if she was ... we need to take time to take a look at it."

Paula Bennett said on Thursday that she loves being an electorate MP and wants to win the seat.

"I haven't given Colin Craig a lot of thought. I've got the full backing of my Prime Minister and my party president to be making statements I have today. So I think that I'm making the right sort of choices."

However, the minister would not be drawn on whether she would be prepared to stand aside at a later date to give National more options.

Political commentator Claire Robinson earlier told Radio New Zealand's Nine to Noon programme on Thursday there was speculation about National doing a deal with the Conservative Party, but said the new electorate would not be the best way to set that up.

Ms Robinson said the Upper Harbour electorate is made up of areas which were either very left leaning, or very right leaning, so will be extremely interesting.

In all, just 13 North Island electorates will retain their current boundaries.

West Auckland resident Paul Moon says whoever wins the Upper Harbour seat will have a tough job bringing diverse communities in the area together.

"It's not cohesive at all. It's made up of whole different groups of people, different socio-economic groups. It's going to be very difficult to get someone who represents all of them.

An Auckland councillor for Waitakere, Linda Cooper, says she doesn't envy anyone trying to bring West Auckland and the North Shore together.

However, other voters in the new electorate boundaries say the Upper Harbour area has been overlooked in the past and any extra representation is a good thing.

In Christchurch, there are also significant boundary changes, with Christchurch East drawing populations from Christchurch Central, and Bromley from Port Hills.

Representation Commission chairman Judge Bernard Kendall said the commission had to work carefully on Christchurch, given the large population shift out of the centre of the city. "Our deliberations there were careful, considered and not rushed." 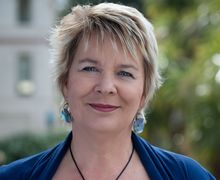 Judge Kendall said Christchurch East's boundary would change to draw populations from Christchurch Central and at Bromley from Port Hills.

The migration of 10,000 residents from the east and the decimation of the central city due to the devastating earthquake two years ago means some electorates could be changing hands at the general election in 2014.

The biggest change could be in Christchurch Central. A previously safe Labour seat, it went to National's Nicky Wagner at the last election by just 47 votes.

Proposed changes would see it pick up a number of Labour leaning areas, with Ms Wagner agreeing that the seat is now unwinnable for National.

"Certainly it's gone Labour but, of course, in the past you would have considered Christchurch Central was equally unwinnable. The only person that's ever won it is me, and I won by 47 votes, so you could never consider it a National seat."

Ms Wagner said proposed changes to the Port Hills electorate, which is losing many of its city voters and gaining those in rural and affluent areas, means there could be an opportunity for her to stand there.

Meanwhile, the boundaries of the seven Maori electorates would remain the same.

The Representation Commission will hold public hearings on the proposed boundaries in February next year. The changes are expected to be confirmed by mid-April.