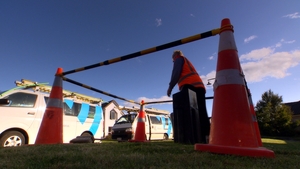 The telecommunications infrastructure company says its business has been put at risk by a Commerce Commission decision to cut what it can charge for use of its copper network for phone and broadband services.

Chorus says the decision could jeopardise its roll-out of ultra-fast broadband, cost it $1 billion by 2020, and cause it to default on bank loans.

Ms Adams says she is confident Chorus has been providing accurate figures about the risk, but the Government has to be sure.

She says the issue is of significant public interest, so it is important a thorough review is conducted.

Chorus will survive a cut - analyst

An analyst says a review of Chorus will probably find it could survive a cut in what it charges for access to its copper network.

"It's also highly likely to identify the height and financial risks for Chorus through the next few years even if they stop paying a dividend or raise equity. It's still going to come down to the Government making a decision essentially on how far it wants to push Chorus on those matters."