The Prime Minister says there may be a visit to New Zealand by members of the royal family in 2014. 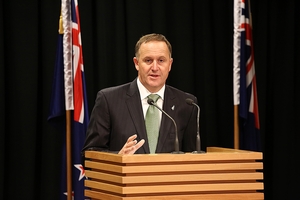 John Key says he can't say whether a visit will take place, or who might be coming, but it doesn't matter that it is an election year.

He says established protocols are in place and a visit would not happen close to a general election without support from both the main parties.

There is also a possibility that Mr Key will travel to the United States next year to meet with President Barack Obama.

Mr Key says it's not just an election year photo opportunity and he doesn't think anyone would vote for him because of a visit from the royal family or seeing him at the White House.