The Labour Party says low staff morale at the Department of Conservation is behind recent leaks and a resignation at the agency.

The department has launched a review of its handling of the Ruataniwha Dam submission and is also trying to find out who leaked internal correspondence to Radio New Zealand.

DoC confirmed on Tuesday that a staff member who worked on the submission had resigned. 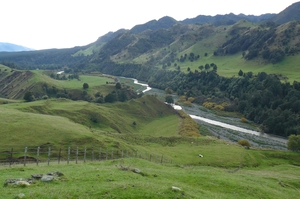 The confirmation comes after Radio New Zealand revealed the department discarded a 50-page draft submission on the proposed water storage scheme in favour of a few lines.

However, Labour Party conservation spokesperson Ruth Dyson says what has really threatened DoC's integrity is the withdrawal of its substantive submission on the Ruataniwha Dam.

She says there will be a lot of disgruntled people at DoC, and the department's advocacy role needs to be restored to boost morale.

Green Party co-leader Russel Norman says the resignation is just the beginning and he expects more details to be revealed soon.

Dr Norman told Morning Report there are many unanswered questions on the DoC submission, including why the department's submission changed significantly a few days before the deadline.

Fish and Game Hawke's Bay manager Peter McIntosh says the resignation of the DoC employee is no surprise, as the Conservation Minister and the department are ignoring the expertise and knowledge of senior staff.

Mr McIntosh says DoC let New Zealanders down by not making a full submission on the proposed dam.

She says it is a worry the department has lost an employee who clearly cares about the environment.