He's become the third MP to declare that he is a candidate, after Grant Robertson and Shane Jones, for the position left vacant by the resignation of David Shearer. 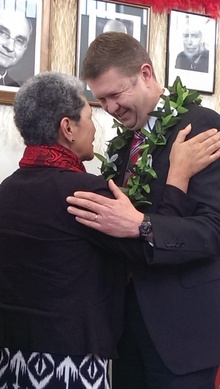 Mr Cunliffe made the announcement at his office in New Lynn on Auckland on Monday afternoon, watched by supporters including MPs Nanaia Mahuta, Louisa Wall and Sue Moroney.

He says it is not a decision he has made lightly but he has a strong sense now is the time for a new beginning for Labour and New Zealand.

Mr Cunliffe says he is sick and tired of watching the spark of hope die in the eyes of the young, under a National government.

He is campaigning under the slogan new hope, new vision, new beginning.

There have been divisions within the caucus but Mr Cunliffe says if he's elected leader, he will work hard to bring unity. He says he has the support of a significant number of his caucus colleagues.

Mr Cunliffe told Checkpoint he made some mistakes in the past year but he has listened and learnt some hard lessons.

Embarrassingly for Mr Cunliffe his declaration on his Facebook page of his intention to stand was an exact copy of the one that Grant Robertson had posted days earlier. Mr Cunliffe later tweeted it was a "technical glitch" and apologised to Mr Robertson.

Robertson says he has strong support.

Grant Robertson says he has strong support within caucus, the unions and the wider party. 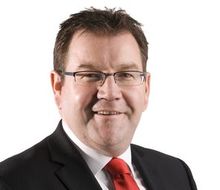 He has also hinted he would make David Parker finance minister if he became Prime Minister.

If he was leader and in a position to form a government after the next election, Mr Robertson says, Labour could work with New Zealand First or the Greens.

Greens co-leader Russel Norman has in the past said he would want to hold the finance portfolio.

However, Mr Robertson says he strongly believes the largest party in a coalition needs to have the finance role.

Jones believes he can bring back voters

Shane Jones describes himself as the underdog in the contest but says he can help Labour broaden its appeal to voters. 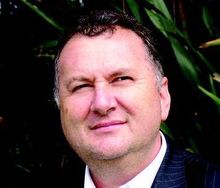 He says he has a style of communication mainstream New Zealanders can relate to, and those are the voters Labour needs to attract.

"I think without a doubt I've got the blend of education, personality and strength to broaden the base of the party and bring kiwis back over to our side of politics," he says.

Mr Key says it could be a television reality show called Parliamentary Idol, with the three MPs demonstrating to New Zealanders how much they loathe each other.

He says the contest will be between Mr Cunliffe and Mr Robertson, saying he believes Mr Jones is not a serious contender.

Party president Moira Coatsworth says it will be a clean fight with candidates sticking to the issues.

"Just like any campaign there are some campaign guidelines and expectations and I'm expecting that there will be vigorous debate but it will be done in an appropriate way," she says.

Unlike Labour's last leadership contest, candidates will not run as a ticket and nominate preferred deputies; the caucus will choose the deputy after the leader is elected.

In the election process, MPs will get 40% of the vote, party members 40% and affiliated unions 20%.

The rules state that affiliate union delegates or members can vote and it will be up to the individual unions to decide how that happens.

The rules also state that if someone is eligible to vote in the union section of the college and is a party member, they can cast two votes.

The share of the six affiliated unions in the 20% vote will be proportionate to their membership.

Nominations close at 10pm on Monday.