The head of the inquiry into who leaked a report on the GCSB to a journalist says it was up to others to authorise the release of information on her.

David Henry appeared on Wednesday before Parliament's Privileges Committee, which is looking into the unauthorised release of Andrea Vance's email and phone records to his inquiry. 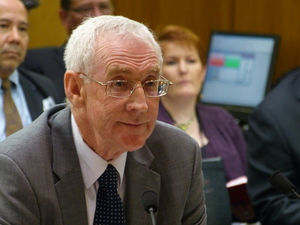 Mr Henry told the committee that he sought any information he thought was necessary from Parliamentary Service and Ministerial Services for the purpose of the inquiry - to find who leaked the document.

Mr Henry said it was up to them as to whether the information could be produced and whether they obtained the necessary authorisations.

"I had reasonable grounds to think that any information supplied to me, that I had requested that was necessary for my purposes, would be appropriately supplied according to whatever rules they were operating. "

Several cabinet ministers - who also had information about their phone calls and emails supplied to the inquiry - were sitting on the committee.

Earlier Justice Minister Judith Collins says it was a chilling experience to realise that ministers, their staffs' emails and their right to privacy was treated with a contemptuous attitude by the Henry inquiry. 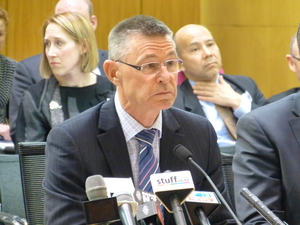 The former head of the Parliamentary Service, Geoff Thorn, who resigned over the release of Ms Vance's information, told the committee he became concerned about the inquiry's lack of formality and clarity and the direct approaches it made to third-tier staff and a contractor.

Mr Thorn will be questioned by the Committee on Thursday morning.