Police say they followed normal procedure while carrying out an investigation into the so-called teapot tapes inquiry. 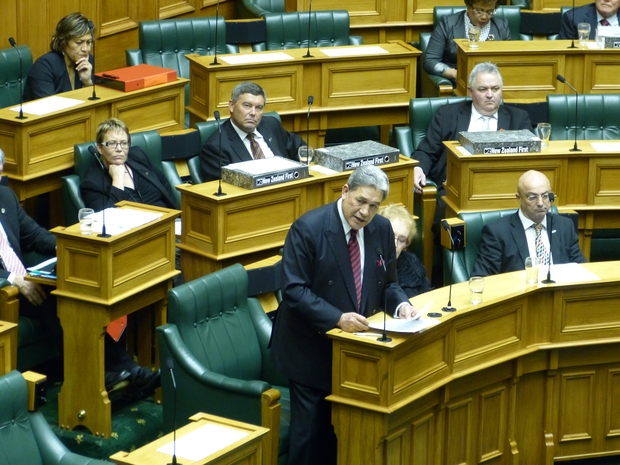 During the 2011 election campaign, Mr Key complained to police that cameraman Bradley Ambrose had illegally taped a conversation at an Auckland cafe between him and ACT leader John Banks.

Police found that while the recording was unlawful, it wasn't in the public interest to prosecute.

On Wednesday, Winston Peters told Parliament that police also wanted access to his private records. He said that information is contained in briefing notes handed from Wellington police to Auckland police.

Mr Peters said there were references to him, as a private citizen, in the police file that they would have taken his phone records in order to lay charges and make a case against Bradley Ambrose.

Mr Peters says if it had been a matter of national security, he would have willingly handed over his phone records. Instead he says it was a political jack-up by a Prime Minister trying to secure a coalition partner ahead of the election.

And he questioned why he was involved at all, as he was nowhere near the cafe where the conversation between John Key and John Banks took place.

Mr Peters said there were people wearing New Zealand First T-shirts outside the cafe - but that doesn't mean his party had any involvement in the recording.

The MP also asked why a group of people in the Prime Minister's office, paid for by the taxpayer, were anywhere near a police investigation in the middle of an election campaign. He is now calling for police to release the full investigation file.

Police said on Wednesday that Winston Peters' name came up due to public statements he had made about knowledge of the contents of the tape. However, they say his records were not accessed - nor was there any application for a warrant to access those records.

Prime Minister John Key described Mr Peters' allegations as nonsense and it was entirely up to police how they conducted their investigation.

Mr Key said a police complainant is generally kept informed on progress of their case - but any suggestion that his office influenced or was aware of the operational details of the investigation is offensive.